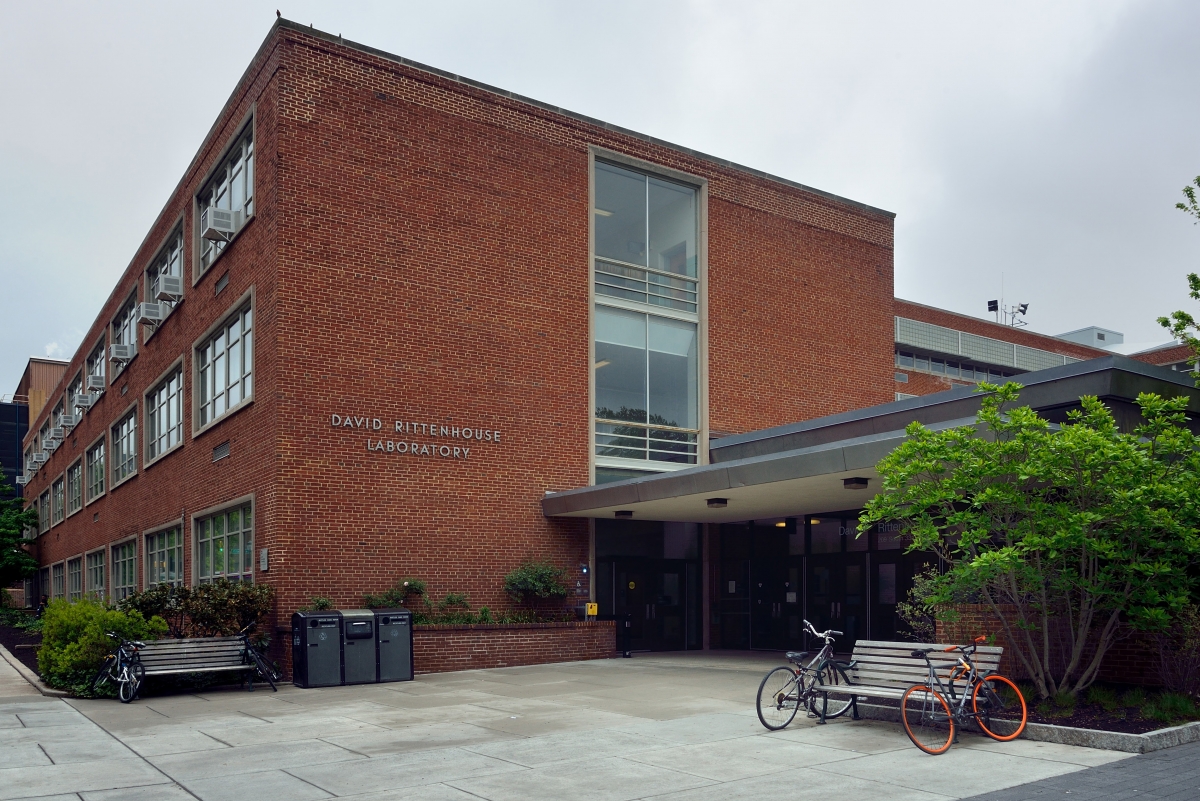 The University of Pennsylvania, founded in 1740, is one of the major private universities in the USA and it has many pioneering achievements to its credit. It houses the nation's first medical school as well as its first graduate school of business administration. The University and all of its schools (Arts and Sciences, Dentistry, Law, Engineering, Fine Arts, Medicine, Veterinary Medicine, Nursing, Education, Social Work and Business Administration) are located together on a 300 acre landscaped campus in Philadelphia, about a mile and one half from the center of the city. The city's cultural and commercial facilities are all within walking distance and easy access by extensive public transportation from the University. The University's intellectual vitality, together with the activity of one of the nation's cultural and commercial centers, provide a lively atmosphere for everyone working at the University.

The Mathematics Department is located together with the Department of Physics and Astronomy in David Rittenhouse Laboratory (DRL), named after America's first astronomer and instrument maker. DRL is located at 33rd and Walnut Streets, at the east end of the Penn campus. It houses lecture rooms on its first floor, and smaller classrooms and seminar rooms, as well as faculty and graduate student offices, throughout the rest of the building. The Mathematics Department occupies some of the third, and much of the fourth floor. The Mathematics-Physics Library is on the third floor of the building and the Mathematics Department Reading Room is on the fourth. The Math Department Lounge and two computer rooms are on the fourth floor, in addition to computers in each office. The School of Engineering and the Department of Chemistry are located in neighboring buildings across 33rd Street from DRL, and athletic facilities are adjacent to DRL on the south side.

Mathematical life at Penn is very active. It comprises original investigations, discussions, lectures, and teaching at many levels. We are deeply committed to superior research in mathematics and the scientific excellence of our faculty is well recognized in the mathematical community. Members of the Department have been elected to the National Academy of Sciences and to similar Academies of foreign countries.

Large segments of current mathematical research are represented in the Department by the active research programs and interests of our faculty. The Department has strengths and pursues original investigations in Riemannian Geometry, Partial Differential Equations, Functional Analysis, Mathematical Physics, Algebraic Topology, Algebraic Geometry and Algebraic Number Theory, Combinatorics and Algorithms, Category Theory, Logic and its applications to Computer Science, and several other areas of current mathematical development. A clearer idea of the exact areas engaging the Department's current interest can be formed from the list of the faculty and their individual areas of research.